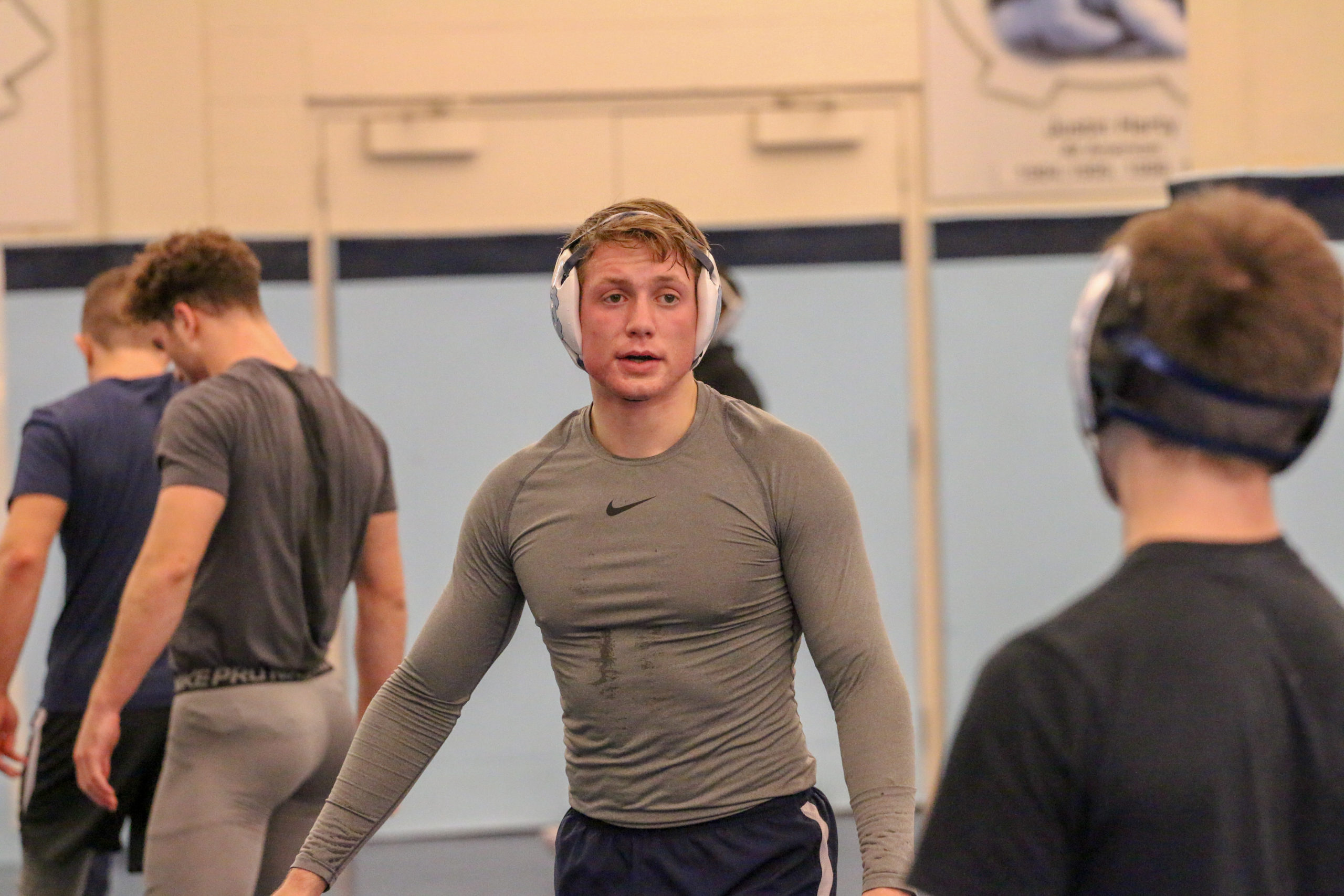 AJ Rechenmacher: The UNC Wrestler That Can Do It All

A senior on the wrestling team, Rechenmacher encompasses some of the greatest qualities an athlete can have; resilience and dedication.

“I love wrestling, even though hurts. It takes a lot of hard work and dedication, but I’m willing to do it because it shapes who I am more than anything else I do. I like who I’ve become because of wrestling.”

Rechenmacher, an Illinois native, began his wrestling career in high school.  After having a successful career wrestling for Marmion Military Academy, Rechenmacher committed to UNC-Chapel Hill to wrestle for the Tar Heels. Simply put, his time wrestling for Carolina has been an enriching experiencing for him.

“My four years have definitely shown me the team aspect of wrestling. I haven’t been a starter any of my four years, I haven’t had that aspect where it’s all about me and I was on center stage. But I’ve been able to find some to leadership roles to understand that the team’s success is my success,” he said

Rechenmacher stands out from other athletes not just because of his accomplished wrestling career, but also because of his outstanding academic career. He has consistently kept a 4.0 cumulative GPA in his four years at UNC, while being in a challenging academic track as a biomedical engineering major. If that wasn’t impressive enough, he also is minoring in chemistry and plans to go to medical school after he graduates in May.

In March 2019, Rechenmacher was one of five student athletes inducted into the Phi Beta Kappa academic honor society. Less than one percent of UNC students even qualify for the prestigious honor, according to the University’s chapter of the honor society.

His success is due to his commitment to his academics, but Rechenmacher is aware that it often comes with sacrifices.

“Balancing everything is sometimes a challenge. It’s not as hard as people would think. I have aligned my priorities to where I’ve accepted that I won’t have some of the college experiences that other people will have. But I’ve gladly given up those experiences in order to do what I love,” Rechenmacher said.

On top of his academic rigor, Rechenmacher finds the time to give back to the Carolina community. Rechenmacher is an active member and volunteer at the Newman Catholic Campus Ministry and served on a Vision Discernment Team in 2017 to improve the Newman community. He also assists with religious services on Sundays.

Rechenmacher would also become a Resident Advisor his sophomore year and has remained on up to this point. He is currently a resident advisor of Horton dormitory.  His motivation to serve as an RA stems from a desire to give back to a community that has impacted him.

“I love this community. A sense of community is really important to me, probably since it was a big part of my high school years. I really try to foster that sense of community from everywhere I go whether it’s in wrestling, my work at Newman, or as a RA,” he said.

With his time at UNC slowing coming to a close, Rechenmacher has had an amazing collegiate career.

“While it’s somewhat bittersweet, I am excited to graduate and move on to the next chapter of my life. I am incredibly grateful for all of the memories and moments I’ve had with wrestling here at UNC. Now I look forward to hopefully giving back to the sport through volunteer work. Whatever it is I do, it will hurt my body less,”  he remarked.